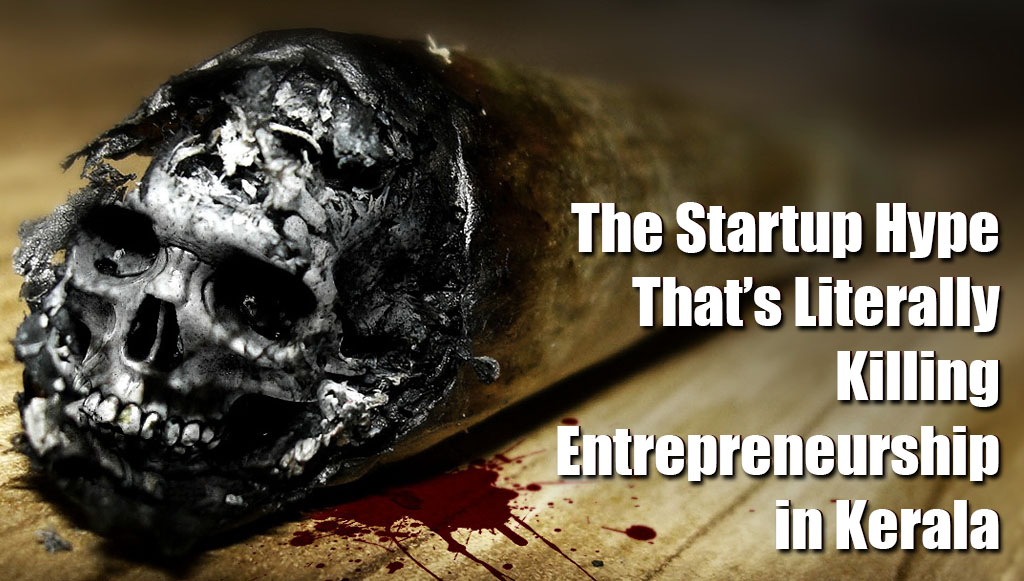 Kerala has seen a huge boost in the number of startups being formed and the number of entrepreneurs taking reins of their self-made career. While it is definitely a positive sign, the increased frequency of students turning to entrepreneurs is alarming. So much so that, the extra sweetness is rotting the teeth.

Here is what I mean.

When me and most of my entrepreneur friends started off with our respective startups, entrepreneurship was seen as voodoo and a career choice for people who “couldn’t secure another job”. Not to blow our own horn, but it did require balls of steel and nerves of iron to go ahead with the decision. While some of us were written off as failures by the extended family, some others like myself were thrown out of home for “being a rebel“. And even few others had to break-up with their girlfriends because they didn’t have a “secure future”.

From there, came a time mainly around 2012-2013, where entrepreneurship started getting the respect it deserved and entrepreneurs were no longer looked upon with as much contempt as compared to the years before – thanks to initiatives likes the Startup Village and other policies by the State Government. People started accepting the “heroism” associated with entrepreneurship and it became the new hype.Continue reading

Over the past few years, questions have been asked about the penetration of Internet in the Indian population (which as of now is around 13%), awareness about internet and its development, user’s perception on necessity of Internet as a medium and understanding the value it adds to their life.

While generation gap, as a statistic, plays a good role in highlighting the difference between the age group that is internet literate and the age group that is not, its not just age that plays the defining role. Status of living, availability of internet connectivity, financial dependency, exposure towards “wordly” happenings etc, also mould the answers to the question of internet awareness.

In line with understanding the need for internet awareness for the present day parents, and pointers for students on how to surf the web wisely, I was recently invited by Kottayam Yuvajana Yogakshemam Samithi to take a session on internet awareness, internet privacy and pointers to keep in mind to surf the web safely, for an audience of about 60 families. The presentation from the session is as below –

Following is transcript of the Live Blogging for the event. Special thanks to my good mate Bibin for the above seen design and his Dongle for net connectivity 😀Continue reading 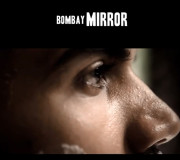 Rarely do I come across stuff on the internet that blows my mind to the extent that I write about it. This, is one such time.

Following is a 3 min short film by Asst. Director/Director Shlok Sharma, who has worked with films like Dev D and Gangs of Wasseypur and starring National Award Winner Rajkumar Rao.

Its a touchy topic that is portrayed here – religious fanaticism. The metaphors are spot on – representing the mindset of the  Common Man who lives in a bubble and mostly believes what the media feeds him; easily influenced mentality of a good number of youth who follow mindset of the larger following rather than thinking for self.

So, is the representation correct? Maybe, maybe not. But it does strike a few chords right. Am not saying that all people jump to conclusions similarly; but this does depict a good majority of how a good number of people take decisions in this “secular” country.

It’s just a satire on the unpredictability of human nature. So stay calm and move on.

I first read about the video here. 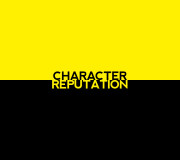 Homo Sapiens – The entire species is as much a human being as it tries being human. Everyone has the same flaws, same mindset, same character. Only difference arises in being able to modulate each to its own level and preference.

Character and Reputation. Probably the two most important words around which a person revolves his whole life about. While some worry about perception of their reputation, the fewer of the lot focus on a strong character – the true inner self. And this is exactly where most of us get our choices wrong. Reputation is what others perceive about us. Character, is who we genuinely are. Though character is what we truly control and the reins to our reputation lie in the hands of others, many lose a night’s sleep over it. Common human tendency I’d say – go berserk over things you can’t control while do nothing about things you actually can.Continue reading