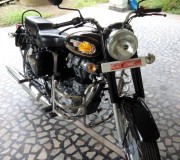 I don’t usually go into writing personal stuff on this blog of mine. Intend to restrict it to Social Media, Entrepreneurship and anything else pretty noteworthy, other than the politics induced nonsense going around.

Thought of breaking that rule for a change.

Being an entrepreneur, and obviously not the best one yet at that, has its own plethora of experiences. Making loads of mistakes, going broke, trying to make ends meet, saving every penny possible, trying to steer the company in the right direction…. the list goes on. Amongst all these, there are the little things which give you immense joy. Need not be a million dollar deal. Sometimes it’s as simple as a thank you gift or job well done from the client.

Similarly is the case when you see your staff and team-mates going up the career ladder and/or reaching a milestone.

My Design Head at IZE Creative and one of our first employee, Rithin, recently bought a Royal Enfield Bullet 350. Now, people buying bikes is good. But when your staff buys a bike with his savings, coupled with the salary you’re paying him…. those are the little things which give you immense happiness. Those instances make you feel worthy. Worthy of being an entrepreneur.

I wouldn’t be lying if I say I was happier than him the day that Bullet rode into our office porch. The source of his smile became the source of my joy. And that made me realize. Maybe that’s what entrepreneurship is all about. It’s the whole journey, the little joys. Not just in your life, but also in the lives you touch. Forget being broke. Forget not being able to buy a 39k iPhone. Forget not being the richest person in the world. Building something on your own is not just about the end product. It’s a whole lot about the experience. The experience of being able to think different. You may fail, you may succeed. But you never stop trying.

These little things instill in me an inspiration. An inspiration, to inspire and get inspired. And in the end, as long as such little things happen, I don’t think I’ll need to look for inspiration elsewhere. It’ll be there right inside me. 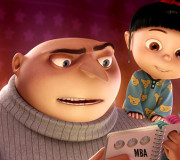 Passengers of Train Number 12684, Bangalore-Ernakulam Superfast Express, Coach S3 would hardly ever forget their journey on 24th October 2013. And though for different reasons, neither would I.

Nothing special had happened actually. It was just another train journey; except the fact that the guy from seat 32 was seen typing away furiously on his laptop, even long after everyone else had fallen asleep. The same guy who had previously slapped a drunkard for making a nuisance in the coach.

Needless to say, the guy from seat 32 was me. The typing away furiously is the same reason you’re now reading this post, which I actually wrote in train. The second reason, was all thanks to the Karnataka Beverage Corporation’s donation to some retard who came all drunk in the coach and was disturbing a pregnant lady in my nearby seat, along with her kid.

The very same 5 year old kid, who is the central character of this blog post. After the hue and cry with the drunkard had died down and I had become some sort of a “Coach Hero”, we all were sitting and chatting away, getting to know each other. The uncle who runs a Chartered Flight Booking Agency, the pregnant lady who’s a school teacher (along with her 5 year old daughter) and the college kid who’s going back home were my fellow passengers.

As we were talking, I noticed the 5 year old little girl was pestering her mom regularly to buy a packet of Lays. At first the aunty ignored her but when the frequency of the pestering grew, she said a rigid no as the final judgment. But we know kids – they never have no for an answer. And that’s exactly when what the kid did, thoroughly impressed me.

As the next guy selling Lays came, the girl went and hugged the man’s legs tightly, chanting out to her mom her craving for the packet of air. No matter how much the guy or her mom tried, she just didn’t let go of him. End result – 5 minutes later she was sitting at the window, happily munching at her packet of air….uh… Lays.

I bloody hell work in the marketing field and even I have never been able to convince any client why he needs my services, as simple and as fast as that little girl convinced her mom to get her a pack of Lays!

Bollocks I tell ya. If it wasn’t against the law and common sense, I would have definitely hired that little girl as my Marketing Manager. And she wouldn’t even need a salary. Candies and Lays would suffice am sure 😀

In retrospect, the little girl actually did teach me an important lesson. Not just in marketing, but on basic human nature. One, she never gave up on her goal, even after being told a rigid no. So unlike us, who mostly give up something so very easily without giving it all that we got. Secondly, she knew the right method to get the deal sealed. She understood her client (mom), what would actually get her attention (holding on to the Chips-waala), what would question her ego (the people looking on) and then seal the deal on a mutually loss-less transaction which would result in both agency-client satisfaction (she got her Lays and mom her peace of mind).

And to think we people go for an MBA and still don’t get the basics right. Sheesh! Maybe it’s the innocence, maybe it’s the purity of thought. But if we just look around, we can actually learn a lot by just observing the toddlers. It’s almost like they have full knowledge about their “Client”, know how well to do “Market Study”, understand what exactly gets into the heads (or nerves) of their “Target Audience” and develop a “Strategy” to almost always get their desired result. And with their attitude of I-will-get-what-I-want, there’s a thing or two to be learnt by Entrepreneurs too.

Ah well, am neither an MBA, nor a parent, nor a marketing guy by default. Just some observations by the guy from seat 32. 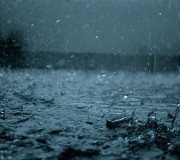 “Life is full of challenges. The toughest is to get out of bed early on a rainy day”.

Being in Kerala, monsoon becomes an integral part of your life (as does hartal, bus strikes and Masala Dosa). Ranging from drivers splashing pedestrians to wading through the pot-holed roads, nothing defines a better season to overcome the challenges put forward.

Being an entrepreneur (the word I finally learnt to spell correctly) and the bug of blogging having bit me, I thought – “Is there anything that we entrepreneurs can relate to the challenges put forward by the monsoon season?”

I started on my journey forward to find answers to this question….

An hour of staring at the rain and 8 parippuvadas later, I finally came up with the following monsoon season problems, which I found to be pretty similar to the problems faced by us entrepreneurs-

It’s as much fun enjoying the monsoon rain as it is building a startup. Gives an awesome feel of freedom. And pure joy. Both, which has to be felt to be understood.

So, how’s the monsoon rain at your end? 😉

Me: You know what, your idea totally sucks!
My Partner: Ya? As if your idea was better!
Me: Atleast it didnt involve hanging a rabbit upside down from a helicopter!
My Partner: Oh, so you think that’s mad and not throwing the client down the cliff just to check whether he’s light-weight or heavy-weight???
Me: Hmmm… You’re right. Fine. But I get to select the helicopter.

And that’s just another one of our daily “brainstorming session”! 😀

Ever since I got into this business of building my own start-up, one thing I have read and been told to an umpteen number of times is that – make sure your partner is a mirror image of you. Both of you should think alike in all aspects…. etc etc..

And I couldn’t disagree more!

Okay, I agree to the fact that both the partners should be focused and pretty clear about the vision and mission of the company. They should also be very comfortable working together and not be like long-lost-enemies-who-got-together-to-save-the-company kind of people. Other than the usual ‘needed’ qualities like these, which are pretty obvious from common sense, it would be all the more better for the growth of the company if the partners are ready to get at each others throats during a brain storming session and at the same time enjoy a coffee together after 10 minutes.

Ever heard the saying that always listen to what your enemies say about you, because they’ll always point out your negatives! Similar goes when you have a brain-storming session for ideas. In a start-up, where you don’t have too many brains to come up with too many ideas, arguing over a idea helps a lot. Especially when ideas are needed most in a field like SMM, One person comes up with an idea and the other person comes up with reasons as to why it wouldn’t work out. Then the former tries to find solutions to all the problems the latter person pointed out. And as the discussion goes forward, finally a stage is reached where you either understand the initial idea was pretty stupid or you have an idea in your hand that is completely refined from each and every aspect you could think of. Voila! Success!!

Consider this. Your partner has very similar tastes and frequency pretty same as yours. Whenever a decision is to be taken, no matter how much you try to think out of the box, one would think only the way he has ‘programmed’ his brain to think over the course of his life. Outside-the-box thinking is nothing but thinking differently. And it doesn’t come by ‘deciding’ to think differently. Its a state of mind where you continuously train your brain to think differently in all situations. So, when there exists such a scenario, no matter how much you try, you’ll almost always come up with an expected result (unless there is an external person whom you include in the decision making process). Now, when you have someone with you who is totally, absolutely, completely different than you, look at the positives. You’ll get to see each point from every single point of view possible. What happens in this argumentative process is that knowingly or unknowingly you tend to filter out all the negative aspects involved in the idea. And only when one is able to fully convince the other, will you ‘actually’ reach a  decision. A decision which you can be pretty sure you wouldn’t have to take a second look at.

Obviously, me saying this doesn’t mean that all partners should be like this. I was just arguing against the so-called-myth I have heard and been told to, a lot. And again, this shouldn’t be the ONLY factor based on which you should judge/select your partner. There are a lot many other things which am sure you don’t need a blog post to tell you about. Its all elementary dear boy!

P.S. If you find me inactive in Twitter for over one week, please understand that my partner murdered me for writing this post. After all, this post is dedicated to him. XD

P.P.S. Just so that none of you misunderstand, though our brain-storming sessions are ‘murderous’, I consider myself goddamn blessed to have my best buddy as my work partner too 🙂

Would love to have your views regarding the same. Feel free to drop in your opinions/suggestions below.